Cyberattacks, Accusations, and the Making of International Law 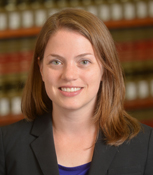 In recent years, states have begun accusing other states of cyberattacks with some frequency. Just in the past few months, Canada, the United Kingdom, and the United States have warned of Russian intelligence services targeting COVID-19 vaccine development, the United States issued an alert about North Korea robbing banks via remote access, and U.S. prosecutors indicted hackers linked to China’s Ministry of State Security for stealing intellectual property.

The flurry of cyberattack attributions raises questions about what effects (if any) they have and what effects the attributors intend them to have. In their forthcoming article “Beyond Naming and Shaming: Accusations and International Law in Cybersecurity,” Martha Finnemore and Duncan Hollis offer a nuanced set of answers focused, as the title suggests, on moving beyond the idea that the attributions are just intended to name and shame states.

Government officials have repeatedly said that public attributions of cyberattacks to other states are intended to name and shame the perpetrator states and to cause them to change their behavior. The problem is that this strategy hasn’t seemed to work very well, prompting criticism from academics. Finnemore and Hollis helpfully offer an explanation for why naming and shaming is more difficult in the cybersecurity sphere than other areas of international law and international relations. They argue that existing literature on naming and shaming includes an implicit premise: that there is a preexisting norm against which compliance and deviation can be measured. (P. 27.) When there are existing norms or legal prohibitions, like the prohibitions on torture and genocide, accused states “do not contest [the] norms,” but “[i]nstead, . . . deny what the [accuser] says happened or offer a different interpretation or application of the norm than that proffered by the accuser.” (P. 27.) But in the cybersecurity realm, “the norms (and international law) governing online behavior are not always clear and well-entrenched,” particularly across different blocs of countries, and so enforcing norms via accusations is “tricky.” (P. 27.)

serve[] as an opening bid, aimed at a particular community, indicating not just the accuser’s disapproval of the cited operation, but often, too, its proposal (perhaps implicit) that all such conduct should be barred, i.e., that there should be a norm against such conduct. Accusations may thus lay out the contours of ‘bad behavior’ along with an argument about why, exactly, the behavior is undesirable. Other actors may then respond to the accusation. They may accept some of it; they may accept all of it; they may accept it in some situations but not others; or, they may reject it entirely. It is these interactions between the accuser, the accused, and third party audiences that—over time—may result in the creation of a new norm (or its failure). (Pp. 14-15 (footnote omitted).)

The role of cyberattack attributions in setting the rules of the road in cyberspace need not stop with international norms. Rather, public attributions can also contribute to establishing international law. Finnemore and Hollis argue, “Today’s accusations may serve as early evidence of a ‘usage’—that is, a habitual practice followed without any sense of legal obligation,” but “[i]f such accusations persist and spread over time, states may come to assume that these accusations are evidence of opinio juris, delineating which acts are either appropriate or wrongful as a matter of international law.” (Pp. 16-17.)

Once one accepts the argument that public attributions play a role in creating international norms and law to govern state actions in cyberspace, important questions follow, including how such attributions should be made. I have argued that states should establish an international law rule requiring governments that engage in public attributions of cyberattacks to other states to provide sufficient evidence to enable crosschecking or corroboration of their attributions. Such a rule would help to ensure that attributions are accurate and credible and would thereby insulate the process of setting rules of the road for cyberspace from being skewed or tainted by accidentally or willfully false attributions that give an inaccurate picture of state practice and opinio juris. Other ongoing scholarly and policy debates center on the determining the appropriate roles that governments, private companies, international entities, and academic and other experts should play in accusations against states.

One could quibble with parts of Finnemore and Hollis’s article, perhaps especially their argument for changing terminology. The authors acknowledge that “[s]tates and scholars” generally call the process of assigning responsibility for a cyberattack “attribution” (P. 8), but they argue instead for using “accusation” (P. 7), reducing “attribution” to a component of an accusation and limiting it to “the process of associating what happened with a particular actor or territory.” (P. 6.) Although it’s true that “attribution” can have different meanings (P. 8), Finnemore and Hollis are fighting an uphill battle given the entrenched use of “attribution” and a working practice of specifying which kind or aspect of attribution is at issue in a particular context. Finnemore and Hollis’s term “accusation” also presents its own difficulties. For example, they argue, “Accusations can occur without attribution (i.e., when accusers say ‘we do not know who did this, but it happened, and it was bad.’)” (P. 8.) But in common parlance, accusations require an object—who is accused? An “accusation” without an object doesn’t really accuse anyone or anything.

Whatever one terms the phenomenon of states assigning responsibility for carrying out cyberattacks, Finnemore and Hollis rightly flag its importance to establishing the international rules governing state behavior in cyberspace. Moving toward a more sophisticated understanding of the roles that accusations or attributions of cyberattacks can play is a welcome contribution to an emerging academic field and important area of international relations.