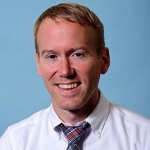 Body-worn cameras are proliferating with astounding speed in police departments throughout the country. Depending on the conditions under which cameras are used, the spread of this technology has been defended by certain civil liberties organizations as a means of holding police accountable for excessive force used disproportionately against Black, Brown, and queer people. In his new book, Police Visibility, Professor Bryce Clayton Newell musters empirical fieldwork on police deployment of body cameras to slow the rush to implement this potentially pernicious law enforcement surveillance tool.

This book is a careful and in-depth study by a leading scholar of police technology. Specifically, Newell questions whether the prescription (police cameras) will meaningfully treat the illness (structural racism and police violence). As he puts it, “[i]n the absence of broader police reforms, the cameras may offer a Band-Aid … but they do not promise a cure.” (P. 40.) As Newell notes, body-worn cameras “serve the coercive aims of the state” and increase police power because the cameras are evidentiary tools controlled by the police that can be used to surveil and incarcerate more people.

According to Newell, police body cameras may lend police false legitimacy, lending a modicum of visibility without real transparency given that police officers and departments may in many instances limit access to and dissemination of the videos. More broadly, any single instance of police officer accountability may not lead to broader structural reforms. To that end, Newell notes the widespread (though not universal) approval of such cameras by the rank and file police officers he surveyed—one indicator that police cameras may not be the solution civil rights advocates hope.

All told, body cameras may not be a reform at all, but instead could aggravate our broken and racist carceral system and the surveillance that enables it. (One quibble: borrowing the perspective of those advocating for police cameras, Newell refers to surveillance of civilians as “collateral,” suggesting that the police are primary targets of the cameras’ lens. Centering the surveillance of civilians as the primary target would have been more accurate and rhetorically powerful.)

In light of these shortcomings, Newell offers a few suggestions for reform. As a background policy norm militating against implementation of police cameras in the first instance, he emphasizes that bystander videos of police conduct are a preferable form of sousveillance against the police because police departments do not serve as gatekeepers of who can and cannot access the videos and under what conditions. This is critically important, though not without drawbacks of its own as a means of police regulation. I’ve argued that such citizen recordings are themselves not without meaningful privacy harms. Safiya Noble has powerfully explained that they may contribute to the commodification of black death through profiteering by social media companies when images of police violence against people of color are viewed online.

If police body cameras are deployed, to counteract police power over how cameras are used, Newell believes that departments should not be able to institute body cameras through unregulated procurement policies prior to public deliberation and consent. And to guide that deliberation, Newell offers a few overarching principles to help better insure that police body cameras are a tool of antipower preventing further state domination: (1) independent oversight (not just for camera policies, but for officer conduct more broadly), (2) a right to access for anyone captured on film, (3) redaction/blurring of all identifying information of both victims and bystanders, and (4) default restrictions on accessing video of people’s private spaces.

These are trenchant suggestions for regulating police body cameras in that they try to maximize the extent to which cameras hold police accountable while minimizing (albeit not eliminating) the extent to which they can be used to invade others’ privacy. However, Newell’s recommendations do less work in preventing the cameras from serving as an evidentiary surveillance tool.

Compelling arguments can be made that attempting to bureaucratize the regulation of surveillance technologies is more cumbersome and less effective than outright banning them (as others have rightly argued in similar contexts such as police use of facial recognition technology). However, Newell’s informed recommendations move the policy conversation in a productive direction. They serve as an important bulwark against the “surveil now, ask questions later” ethos undergirding much of the body camera policies currently in place.