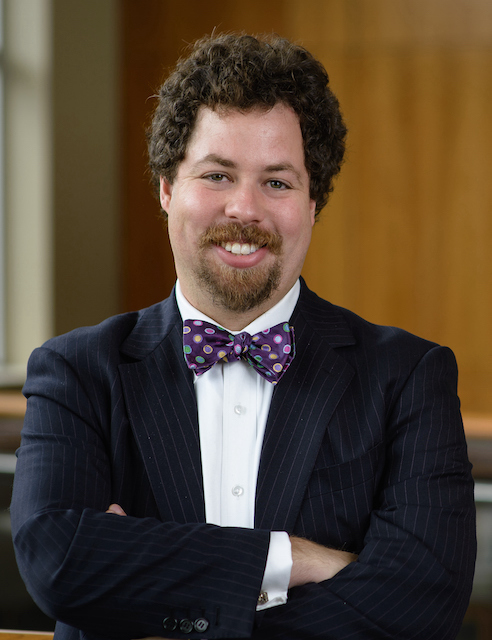 In Patenting Pleasure, Professors Sarah Rajec and Andrew Gilden highlight a surprising incongruity: while many areas of U.S. law are profoundly hostile to sexuality in general and the technology of sex in particular, the patent system is not. Instead, the U.S. Patent and Trademark Office (USPTO) has over the decades issued thousands of patents on sex toys—from vibrators to AI, and everything in between.

This incongruity is especially odd because patent law has long incorporated a doctrine that specifically tied patentability to the usefulness of the invention, and up until the end of the 20th century one strand of that doctrine held that inventions “injurious to society” failed the utility test. And until about that time—and in some states and localities, even today—the law was exceptionally clear that sex toys were immoral and illegal. Patents issued nonetheless. How did inventors show that their sex toys were useful, despite being barred from relying on their most obvious use? Gilden and Rajec examine hundreds of issued patents to weave an engrossing narrative about sex, patents, and the law.

Two very nice background sections are each worth the price of admission. “The Law of the Sex Toy” canvasses the many ways U.S. law has been historically hostile to sex toys, including U.S. Postal Inspector Anthony Comstock’s 19th century crusade against “articles for self-pollution.” (Comstock, of “Comstock laws” fame, seized over 60,000 “immoral” rubber articles.) Efforts to criminalize sex toys continued in the late 20th century as well; many of these laws are still on the books, including in Texas, Alabama, and Mississippi, and some, including Alabama’s, are still enforced. At the federal level, the 2020 CARES Act included over half a trillion dollars in small business loans as pandemic relief; those making or selling sex toys (as well as other sex-based businesses) were excluded.

What’s all this got to do with patent law? For one thing, patenting illegal sex toys seems a fruitless errand, since it makes little sense (most of the time) to patent things you can’t make or sell. This puzzle goes unaddressed by the authors. At a doctrinal level, patent law’s utility requirement long barred patents on inventions injurious to society like gambling machines; radar detectors; and, it would seem under the laws just mentioned, sex toys. So applicants for pleasure patents would need to assert some utility—while steering clear of beneficial utility’s immorality bar. Gilden and Rajec provide as background a clear and useful overview of the history of so-called “beneficial utility,” including its applicability to sex tech.

One way to thread the needle is to obfuscate. In the early 20th century, many vibrators were advertised for nonsexual purposes with an overt or implicit wink; personal massagers were for nothing but sore muscles. Such stratagems could, did, and do help innovators evade the laws that otherwise vex sex tech. But Rajec and Gilden intentionally step beyond the disguise gambit (though its success raises interesting questions about utility law doctrine in general). Instead, they focus on patented inventions that are obviously, explicitly, and clearly about sex. The USPTO classes inventions according to types of technology, and one classification, A61H19/00, is reserved for “Massage for the genitals; Devices for improving sexual intercourse.” Tough to obfuscate there. So how are inventors getting the hundreds of patents Gilden and Rajec find in this class?

This is the central tension that Pleasure Patents addresses: Because of the utility doctrine, patentees must say what their inventions are for—but because US law has been generally quite hostile to sex and sex tech, pleasure patents have to say they are for something other than, well, pleasure. In the heart of the piece, Rajec and Gilden carefully catalog these descriptions over time, revealing a changing picture about what sorts of purposes were considered acceptable sex tech—at least, in the eyes of the USPTO.

It turns out patents can tell us interesting things about sex norms. Gilden and Rajec identify several narratives about what sex tech was for, including saving marriages and treating women’s frigidity (both thankfully more historic than contemporary rationales), helping individuals who cannot find sexual partners, avoiding sexually transmitted infections, helping persons with disabilities, and facilitating sexual relations by LGBTQIA individuals.

In recent years (perhaps following the effective demise of beneficial utility in 1999 at the hands of the Federal Circuit in the coincidentally-but-aptly-captioned Juicy Whip v. Orange Bang), pleasure patents have finally copped to being actually about pleasure, telling a narrative of sexual empowerment. Many pleasure patents in this last vein are remarkably forthright pieces of sex ed, among their other functions. As Rajec and Gilden note, “Particularly compared with federally-supported abstinence-only education programs, or the Department of Education’s heavily-critiqued guidelines on student sexual conduct, the federal patent registry provides a pretty thorough education on the anatomies and psychologies of sexual pleasure.” There’s much to learn here of the fascinating rise and fall of different utility narratives and how the patent system reflects changing social norms.

There is much, too, to like in Gilden and Rajec’s sketched implications for patent law and for studies of law and sexuality. Pleasure patents provide an underexplored window onto the ways patent law shapes (or fails to shape) inventions to which other areas of law are deeply hostile. And for scholars of law and sexuality, who critique law’s overwhelming sex-negativity, the patent system is a surprising respite of sex positivity—if cloaked in a wide array of acceptability narratives.

The piece also cues up fascinating future work. In particular, patents are typically considered important because they provide incentives for innovation; do they provide incentives for sex tech? Rajec and Gilden mention a couple of times that the patents they study are “valuable property rights,” but how valuable are those rights, and why? Are patents providing ex ante incentives, as in the standard narrative? Do sex tech inventors rely on the exclusivity of a future patent to develop new products? Or is there something else going on? The imprimatur of government approval on an industry otherwise attacked by the law? Safety to commercialize inventions shielded from robust competition? Shiny patent ribbons to show investors? In short, how should we think about pleasure patents as innovation incentive?

Gilden and Rajec have found a trove of material in the USPTO files that sheds light on both the patent system and American sex-tech norms over the last century and a half. Patenting Pleasure is an enlightening, provocative, intriguing, and—yes—pleasurable read.