The Hotel California Effect: The Future of E.U. Data Protection Influence in the U.K. 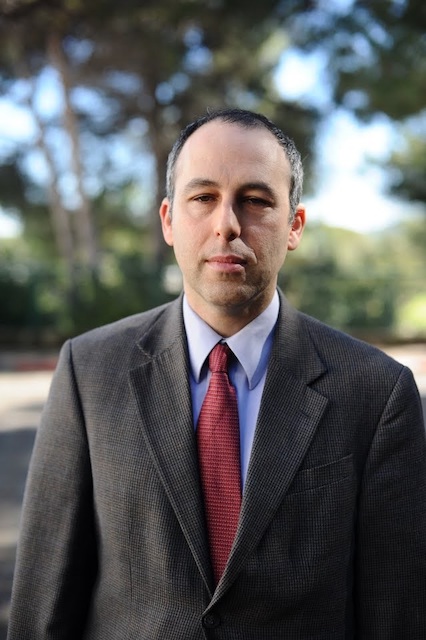 The tension between the forces of nationalism and globalism has reached its peak with the United Kingdom’s decision to break with the European Union. This dramatic move continues to impact countless economic sectors and, more importantly, the lives of many citizens. Yet all is calm on the data protection front. The U.K. has decided to continue applying the E.U.’s strict GDPR. In this timely and intriguing article, Paul Schwartz strives to explain why this happened, as well predict what’s next for data protection and the British Isles.

GDPR is a four-letter word. Its strict rules and heavy fines have changed the world of data protection forever. Ninety-nine articles, one hundred and seventy-three recitals, thousands of pages of commentary, and the many millions of dollars spent preparing for it only tell us part of the story. Now that the U.K. can escape the grasp of this vast and overarching regulatory framework, why hasn’t it “checked out”? Rather, just a few days prior to Brexit, the U.K. adopted a local law which is almost identical to the GDPR. This outcome is especially surprising to me personally, as I have argued that the GDPR substantially encumbers innovation in the age of big data (although it is quite possible I was wrong).

The simple answer to the GDPR’s persistence in the U.K. relates to the business importance of international data transfers from the E.U. For such transfers to continue unfettered, the U.K. must maintain laws that are “adequate.” This is because, post-Brexit, the U.K. is rendered a “third country” in terms of data transfers for all E.U. nations. (P. 128.) “Adequacy,” according to current E.U. jurisprudence, requires a legal regime of “essential equivalence” to that of the E.U. Without such “equivalent” laws, data transfers to the U.K. would be forbidden (or at least rendered very complicated) and economic loss in multiple industries would follow.

But this reason is unsatisfactory. The decision to maintain the GDPR seems to run counter to the explicit political agenda of the U.K.’s ruling Conservative party, which constantly promised to “take back control.” Schwartz even quotes the U.K. Prime Minister Boris Johnson stating (and possibly making an intentional reference to this journal): “We have taken back control of laws and our destiny. We have taken back control of every jot and tittle of our regulation” (emphasis added – T.Z). (P. 145.) Why spare the many jots making up the GDPR? After all, the U.K. might be able to achieve adequacy without carbon copying the GDPR; several countries currently holding an adequacy status have laws that substantially vary from the E.U.’s harsh regime.

To provide a response to this intriguing legal and political question, Paul Schwartz develops a sophisticated set of models. These models are compared to the (fifth) “Brussels Effect” paradigm – a model Anu Bradford maps out in her recent book. Bradford explains how nations worldwide are both de jure and de facto swayed to accept the E.U.’s influence, thus explaining why the U.K. will hold on to the GDPR. In addition to the Brussels Effect, Schwartz explains that the GDPR might have been applied in the U.K. due to (1) a change in the U.K.’s preference to accept to E.U.’s data protection norms, as reflected in the GDPR. This could be manifested in either U.K. public opinion, or in the preferences of the legal system (which reflects the preferences of the elite). Schwartz develops this model on the basis of the work of his colleague Bob Cooter, which focuses on individual preferences. (2) the U.K.’s data protection preferences were always aligned with those of the E.U. (3) the U.K. changed its values (rather than preferences) to align with those of the E.U. through a process of persuasion or acculturation (P. 117), and (4) the easy accessibility of a legal transplant (the E.U. data protection regime) has led the U.K. to opt for this simple and cheap option. In the article’s final segment, Schwartz uses these five models to explore whether the U.K. will remain aligned with the E.U.’s data protection regime. The answer will depend on which of the five models proves most dominant in the years to come.

Beyond Schwartz’s models, the U.K.’s decision regarding the GDPR is unique as it was somewhat passive; or as Schwartz notes, a decision not to reject, or “un-transfer” E.U. data protection law. It is a decision to maintain stability and sidestep the high costs associated with changing the law. (P. 137.) In other words, the U.K. adopted the GDPR when it was part of the E.U. and is now “stuck” with this “sticky” default. Switching a default is far more difficult than accepting an external legal regime. This, in fact, was a theme Schwartz explored almost 20 years ago when considering the privacy rules of the GLB Act. In other words, this situation is so unique that unless another member state breaks from the EU, we will probably not witness a similar dynamic involving such migration of data protection norms. As opposed to the “Brussels Effect” which was influenced by the earlier “California Effect”, the situation at hand might be featuring a “Hotel California” Effect – even though the U.K. wants to check out of this aggressive regulatory framework, it is finding that it “can never leave.” as its bureaucracy has grown accustomed to it.

Therefore, the GDPR-Brexit dynamic is a unique example of the “Brussels Effect.” Yet as Schwartz has shown in another important article discussing data protection and the “Brussels Effect,” there are many unique examples. In his other work, Schwartz explained that the U. S’s adoption of the (now defunct) “Privacy Shield” and the E.U-Japan mutual adequacy agreement did not fit a “cookie cutter” paradigm of E.U. influence. All these examples demonstrate that while Bradford’s description of the “Brussels Effect” is appealing (might I say, brilliant) in its simplicity and elegance, reality is often more complex. Thus, the Brussels Effect is merely one of several explanations for the GDPR’s growing influence.

Schwartz’s taxonomy will prove helpful in understanding what happens next in the U.K.. Just recently (on August 26, 2021), the U.K. announced its intent to promote data adequacy partnerships with several nations, including the United States. Specifically, regarding the U.S., the relevant press release noted the U.K.’s disappointment with the Schrems II ruling and the importance of facilitating seamless data transfers to the U.S. It further stated that the U.K. is free to enable such transfers “now it has left the E.U..”

Should these plans move forward (they currently are in their early stages), they would create substantial (though possibly workable) challenges for the U.K’s “adequacy” status. Such developments possibly indicate that the U.K. did not move to adopt E.U privacy norms, or even cave to the economic pressures of commercial entities. Rather, it was the ease of remaining within a familiar scheme that led the U.K. to stick with the GDPR, and not check out of this notorious hotel. Yet perhaps this final assertion is too superficial. Time will tell as to whether Schwartz’s nuanced analysis of changing preferences, Bradford’s hypothesis regarding global influence, or other models best predict and explain what comes next for the U.K. and the GDPR.