What is the Path to Freedom Online? It’s Complicated 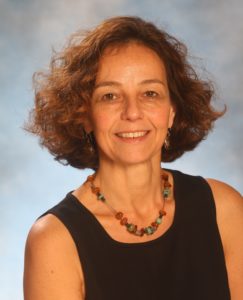 In recent years, the internet has strengthened the ability of state and corporate actors to control the behavior of end users and developers. How can freedom be preserved in this new era? Yochai Benkler’s recent piece, Degrees of Freedom, Dimensions of Power, is a sharp analysis of the processes that led to this development, which offers guidelines for what can be done to preserve the democratic and creative promise of the internet.

For over two decades the internet was synonymous with freedom, promising a democratic alternative to dysfunctional governments and unjust markets. As a “disruptive technology,” it was believed to be capable of dismantling existing powers, displacing established hierarchies, and shifting power from governments and corporations to end users. These high hopes for participatory democracy and new economic structures have been largely displaced by concerns over the rise of online titans (Facebook, Google, Amazon), mass surveillance and power misuse. The power to control distribution and access no longer resides at the end-nodes. Instead it is increasingly held by a small number of state and corporate players. Governments and businesses harvest personal data from social media, search engines and cloud services, and use it as a powerful tool to enhance their capacities. They also use social media to shape public discourse and govern online crowds. The most vivid illustration of this trend was provided during the recent coup attempt in Turkey, when President Recep Tayyip Erdoǧan used social media to mobilize the people of Turkey to take to the streets and fight against the plotters.

How did we reach this point? Since the 1990s it has been evident that the internet may subvert power. In this article, Benkler explains how power may also shape the internet, and how it creates new points of control.

There are many ways to describe this shift of power. Some versions focus on changes in architecture and the rise of cloud computing and mobile internet. Others emphasize market pressure to optimize efficiency and consumer demands for easy-to-use downloading services.

Benkler draws a multidimensional picture of the forces that destabilized the first generation of decentralized internet. These include control points offered by the technical architecture, such as proprietary portable devices (iPhone, Kindle), operating systems (iOS, Android), app stores and mobile networks. The power shift was also affected by business models such as ad-supported platforms and big data, enabling market players to effectively predict and manipulate individual preferences. The rise of proprietary video streaming (Netflix), and Digital Rights Management (DRM) as a prevailing distribution standard, are further threatening to marginalize open access to culture. What made the internet free, Benkler argues, is the integrated effect of these various dimensions, and it was change in these dimensions “. . . that underwrite the transformation of the Internet into a more effective platform for the reconcentration of power.”

This multidimensional analysis enhances our understanding of power and demonstrates how it may restrain our freedom. Power, defined by Benkler as “the capacity of an entity to alter the behaviors, beliefs, outcomes or configurations of some other entity” is neither good nor evil. Therefore, we should not simply seek to dismantle it, but rather to enable online users to resist it. Consequently, efforts to resist power and secure freedom should focus on interventions that disrupt forms of power as they emerge. This is an ongoing process in which “we must continuously diagnose control points as they emerge and devise mechanisms of recreating diversity of constraint and degrees of freedom in the network to work around these forms of reconcentrated power.”

Power is dynamic and manifests itself in many forms. Consequently, the complex system analyzed by Benkler does not offer instant solutions. There may be no simple path towards achieving freedom in the digital era, but plenty can be done to preserve the democratic and creative promise of the internet. Benkler offers several concrete proposals for interventions of this kind, such as facilitating user-owned and common-based infrastructure that is uncontrolled by the state or the market; universal strong encryption controlled by users; regulation of app stores; or distributed mechanisms for auditing and accountability.

Exploring the different ways in which power is exercised in the online ecosystem may further inform our theory of change. Benkler calls our attention to these virtues of decentralized governance. Decentralized design alone may not secure decentralized power, and may not guarantee freedom. Indeed, if we are concerned about preserving freedom, it is insufficient to simply yearn for decentralization. Yet, decentralized design also reflects an ideology. The “original Internet” was not simply a technical system but also a system of values. It assumes that collective action should be exercised through rough consensus and running codes. That is why decentralization may still matter for online freedom.

The “original Internet” provided hard evidence that loosely governed distributed collective action could actually work, and that it could foster important emancipatory and creative progress. Indeed, the distributed design was instrumental for the booming of innovation and creativity, and for widening political participation of individuals over the past two decades. The fact that some of the forces that shape the internet have deserted it does not undermine these core values.

Benkler warns that “the values of a genuinely open Internet that diffuses and decentralizes power are often underrepresented where the future of power is designed and implemented.” It does not follow, however, that the virtues of distributed systems should be eliminated. He calls on academics to fill this gap by focusing on the challenges to distributed design, diagnosing control points, and devising tools and policies to secure affordances of freedom in years to come.