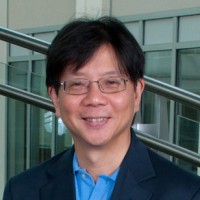 Kristen Eichensehr recently published a piece entitled Cyberwar & International Law Step Zero that describes an unfolding of events that is by now familiar to international lawyers contemplating the emergence of new military technologies. First, a new military technology X (where X has been drones, cyber weapons, nuclear weapons, lethal autonomous weapons) appears. Nations then ask the “step-zero” question — “does international law apply to the use or acquisition of X”? And the answer is inevitably, “yes, but in some ways existing international law needs to be tweaked to adjust for some of the novel characteristics of X.”

Eichensehr offers a compelling explanation for both the persistence of this question and the recurrent answer. Regarding persistence, she points out that for international law, unlike domestic law, the bound parties—nations—bind themselves consensually. For example, she writes that “The tradition of requiring state consent (or at least non-objection) to international law predisposes the international legal community to approach new issues from the ground up: When a new issue arises, the question is whether international law addresses the issue, because if there is no evidence that it does, then it does not.” In other words, asking the step-zero question is the first step in proceeding down a path that may result in a state’s opting out.

Regarding the frequent recurrence of the same answer (i.e., “yes”), she points out that international law—especially International Humanitarian Law (“IHL”)—is often adaptable to new weapons technologies, in large part because the interests that IHL seeks to protect are constant. (I would prefer the term “values” rather than “interests,” but the point is the same.) For example, she writes that “[e]xisting law was designed, for example, to protect civilians from the consequences of conflict. That concern transcends the type of weapon deployed. Thus, although the nature of the weapon has changed, the underlying concern has not, which reduces one possible justification for altering existing law.” Lastly, she argues that even if existing law does not perfectly apply to new technologies, asserting the contrary raises the fearsome prospect of a world in which a new technology is not subject to any legal constraint at all. In her words, “[e]ven if existing law is an imperfect means of regulating States’ actions . . ., imperfect law is preferable to no law at all.”

The explanation seems compelling to me, though I confess from the start that my understanding of law is that of an amateur. But I’m also a long-time observer of many military technologies. I’ve thought often about how international law attends to these technologies, and I suggest that her explanation is applicable to a broader range of phenomena than she discusses.

Speaking in very broad terms, law—and especially international law—depends heavily on precedent. Precedent provides stability, which is regarded as a desirable attribute of law in large part because in the absence of legal stability, people—and nations—would have no way of knowing how law would regard their actions. But technologists have very different goals. Rather than stability, the dream of every technologist is to invent a disruptive technology, one that completely changes the way people can accomplish familiar goals. Even better is when a technologist can create not just new ways of doing old business, but can invent entirely new lines of business.

Against this backdrop, consider a broadened step-zero sequence of events. A new technology A is invented. At first, when the use of A is small and limited, the law pays little or no attention to it. But as A becomes used by more and more and more people, a variety of unanticipated consequences appear, some of which are regarded as undesirable by some people. These people look to the law for remedy, and they naturally ask the question “how, if at all, does existing law apply?” Their lawyers look for precedent—similar cases handled in the past that may provide some guide for today—and there is always a previous case involving technology that bears some similarity to A today. So the answer is, “yes, existing law applies, but tweaks are necessary to apply precedent properly.”

So, I suggest, Eichensehr’s step-zero analysis of cyber weapons and international law sheds light on a very long standing tension between technological change and legal precedent. For that reason, I think anyone interested in that tension should consider her analysis.