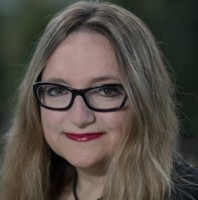 The Computer Fraud and Abuse Act (“CFAA”), enacted in 1986, has long been a source of consternation for jurists and legal scholars alike. A statute marred by long-standing circuit splits over basic terminology and definitions, the CFAA has strained under the weight of technological evolution. Despite thousands of pages of law review ink spilt on attempting to theoretically resuscitate this necessary but flawed statute, the CFAA increasingly appears to be broken. Something more than a minor Congressional correction is required.

In particular, the central term of the statute—authorization—is not statutorily defined. As the CFAA has morphed through amendments to encompass not only criminal but also civil conduct, the meaning of “authorized access” has become progressively more slippery and difficult to anticipate. Legal scholarship has long voiced concerns over the CFAA, including whether certain provisions are void for vagueness,1 create opportunity for abuse of prosecutorial discretion,2) and give rise to unintended negative impacts on employee mobility and innovation.3

Enter James Grimmelmann’s Consenting to Computer Use. In this work, Grimmelmann offers us a clean slate as an important and useful starting point for the next generation of the CFAA conversation. He returns us to a first-principles analysis with respect to computer intrusion, focusing on the fundamental question of consent.

Grimmelmann urges us to take a step back and hit reset on the scholarly CFAA conversation. In lieu of tortured attempts to find Congressional meaning for “authorization” in legislative history, or misguidedly trying to shoe-horn computer intrusion into last-generation (criminal or civil) trespass regimes, Grimmelmann leads us through an intuitively resonant inquiry around consent. As Grimmelmann succinctly puts it, “[q]uestions of the form, ‘Does the CFAA prohibit or allow X?’ are posed at the wrong level of abstraction. The issue is not whether X is allowed, but whether X is allowed by the computer’s owner.” (P. 1501.)

An inquiry into implicit or explicit consent by a computer’s owner is present in every computer intrusion inquiry, Grimmelmann explains. He reminds us of the importance of the context of the intrusion. Herein lies the primary insight of the paper: the CFAA’s key term requires construction rather than interpretation. In other words, Grimmelmann acknowledges and embraces the suboptimal statutory reality that most other scholars have danced around: the CFAA itself is of little assistance in crafting workable legal analysis for defining computer intrusion and unauthorized access. The starting point for understanding the legal concept of CFAA “authorization” (or lack thereof), Grimmelmann argues, will be found in engaging with the traditional legal concept of consent. He explains that when we begin to rely on consent as the baseline of future CFAA inquiry, courts can then engage with crafting rules in light of the overall goals of the CFAA and the facts of specific cases.

The CFAA context is challenging, and Grimmelmann acknowledges key differences between technological contexts and more traditional ones. Grimmelmann explains that software is automated and plastic—meaning that consent to access is necessarily prospective, and that software can function in unforeseeable ways. These features (bugs?) have added to the complexity of the computer intrusion inquiry. However, when a legal paradigm is constructed around consent, Grimmelmann argues, these elements of automation and plasticity become less dispositive. Providing the example of a compromised vending machine, he explains that it makes no difference whether an intruder tricked the machine by exploiting a hole in the machine’s logic or whether the intruder punched a hole in its side. The issue is the compromise and the lack of consent.

Grimmelmann distinguishes between factual consent and legal consent as distinct concepts, relying on theoretical work from Peter Westen. As Grimmelmann explains the distinction, “factual consent is a function of both code and words; of how a computer is programmed and of its owner’s expressions, such as oral instructions, terms of service, and employee handbooks.” (P. 1511.) Meanwhile, legal consent is based on factual consent, but can depart from it if a jurisdiction believes “that factual consent is not sufficient to constitute legal consent” or that it is not necessary based on the totality of the circumstances, including whether implicit consent may have been granted. (P. 1512.) Grimmelmann cautions that different types of CFAA cases will necessitate a distinction between factual and legal consent. In other words, “without authorization” for purposes of the CFAA can refer to multiple possible types of conduct because legally sufficient consent has always been constructed by courts across various areas of law and various fact patterns.

With this excellent article, Grimmelmann has set the stage for a new line of CFAA scholarship, one that is better-connected to traditional legal first principles. As technological evolution continues to strain the overall framework of the CFAA, this work opens the door to a more aggressive re-evaluation of the statute in technological context and offers us a possible way forward.

Editor’s Note: James Grimmelmann took no part in the selection or editing of this review.